This episode of Louisiana Considered aired on Thursday, Dec. 1, 2022. Here's what it featured:

The race for Public Service Commissioner in Louisiana’s third district is heading to a runoff, pinning 18-year incumbent Lambert Boissiere III against Baton Rouge environmental activist, Davante Lewis. Both candidates join us independently to discuss the race and what they hope to accomplish in the position.

And, Vox Feminae, the New Orleans-based female vocal ensemble that specializes in century-old musical treasures, is preparing for its holiday program. Rehearsal director and music professor, Charlotte Pipes, joins us to share the ensemble’s music – and their history – ahead of the upcoming performance of early Christmas songs, Wassail Wassail. 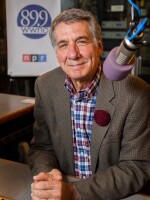