This episode of Louisiana Considered aired on Tuesday, Jan. 17, 2023. Here's what it featured:

The Marigny Opera House is celebrating a musical homecoming as Italian mezzo-soprano Mattea Musso returns to New Orleans to reprise an award-winning composition of the Salve Regina by local composer Tucker Fuller. Musso, Fuller and The New Resonance Orchestra director Francis Scully, joins us for more.

And in other opera news, The New Orleans Opera debuts Charlie Parker’s Yardbird. This new work by Daniel Schynder is based on the jazz saxophonist’s dream to bridge the worlds of classical and jazz music. We hear more from Martin Bakari, acclaimed tenor cast as Parker in the performance.

Today’s episode of Louisiana Considered was hosted by Diane Mack. Our managing producer is Alana Schreiber and our digital editor is Katelyn Umholtz. Our engineers are Garrett Pittman and Aubry Procell. 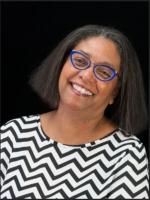