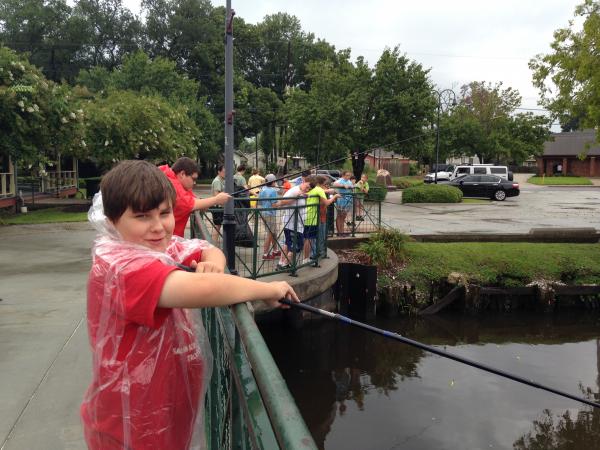 South Louisiana’s Terrebonne Parish has low unemployment — there are lots of jobs in offshore services. So many that there could be a shortage of locals with the skills needed. The Working Coast summer camp in Houma teaches kids about the big industries in their area, and aims to get them excited about those career paths.

Listen
Listening...
/
Laine Kaplan-Levenson spent the last day at the Working Coast Camp in Houma, LA — where kids learned about the big industry in their parish.

About 30 kids hang their fishing poles over a small bridge outside the Water Life Museum in Houma, Louisiana. They’re enjoying their last day at the Working Coast Camp.

Over the course of a week, the kids take daily field trips to work sites. They meet folks who work on shipyards, at alligator farms and civil engineering firms, to get an idea of what jobs they could get locally when they grow up.

Jonathan Foret is the head of the camp, and executive director of the South Louisiana Wetlands Discovery Center. “You know what was interesting?” Foret exclaimed. “A lot of places where we went, they would ask the kids who has family that works in the oil industry and a majority of hands would go up.”

Hands like 10-year-old Brad Thibodaux, whose dad is the boss of an oil company, and 12- year-old Katherine Bonvillian, whose dad owns Olympian Machine, a company that manufactures machines to drill for oil.

The camp focus is on Terrebonne’s two economic pillars, oil and fishing. The hands-on exposure makes some of these kids think. Like 11-year-old Dylan Ryan, who went into camp thinking he wanted to be a firefighter when he grew up. Now? “Someone who wants to study the wetlands,” Ryan says.

Katherine Bonvillain already knows a lot about industry and the endangered coast. But camp filled in the details. “It made me learn more stuff about what we’re doing, and what we’re doing to help save it [the coast]” said Bonvillain. “Which is good, but everything takes a long time to do and I don’t think we have that much time to do it.” 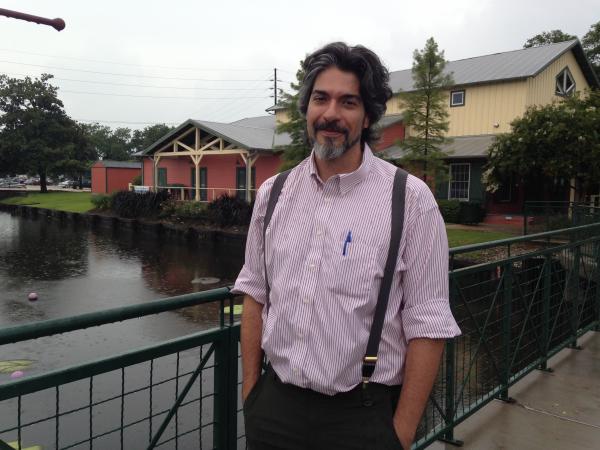 “You look at down the bayou in the Boudreaux Canal area, down past Chauvin, and the elementary school where my mom was a principle is now closed because there are not enough children that live down the bayous to support that school,” he says.

A bit further up from Boudreaux Canal, another school has closed. “That is a clear indication that families are moving from the south into the northern part of the parish. Why? People don’t want to get flooded anymore.”

At camp, the kids run around the Water Life Museum on a scavenger hunt. This rainy day activity has them finding answers in the museum exhibits like ‘What is a Pogie fish used for?’ ‘How many people did the trapping season once put to work?’ and ‘What does Terrebonne mean?’

The kids are inspired after a week at camp. But they’re worried, too. Like 12-year-old Grayson. “Before we know it there’s not gonna be any more Louisiana or Florida or Everglades.” When asked what they will do in such a scenario, the kids projected they would have to move to a different state, learn a different culture.

It’s clear that these kids are attached to their unique home, like Brad Thibodeaux. “Only in Louisiana in the swamp you can go outside and you could shoot your guns… but when this is gonna be destroyed, you can't just go out and have fun and be in the wildlife. In the city you can’t smell that smell — when you live close to it the coast is your livelihood.”

Next year, camp director Foret wants to spend a whole day on Coastal Restoration companies, so the kids can learn about the next big industry full of new jobs on the coast.