With New Focus, Episcopal Church Of Louisiana Addressing A History Of Racism 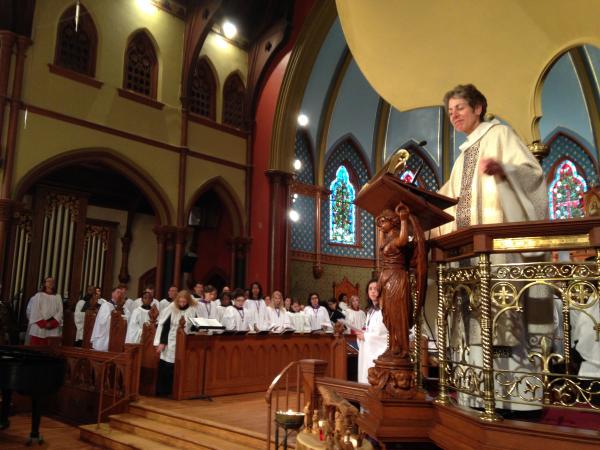 The Episcopal Church of Louisiana spent the past year making plans for a new ministry, aiming to address its history of racism, as well as other forms of racism in society.

"This isn’t a service that I want people, and nor is it an intention to make people feel guilty, but to raise the awareness of who we are," says Bishop Thompson. "I don’t apologize for being a white male — I am by birth. It wasn’t a choice, but to not be aware of the benefit of that, I think is to live in my ancestors’ heads." 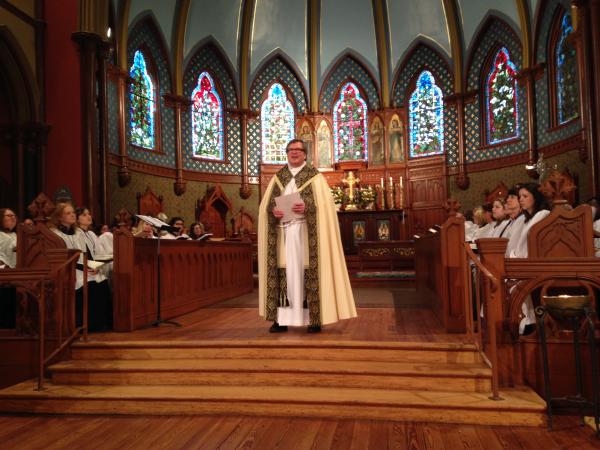 Dr. Katharine Jefferts Schori is the Presiding Bishop of the Episcopal Church. She came down to New Orleans to lead the service. She says during the Civil War many churches divided over the issue of slavery. But the Episcopal Church never split, because it never spoke out against slavery, in the north or the south.

"So the reconciliation work after the civil war was radically different than it was for the Methodists or Presbyterians," she says.

Bishop Schori has been outspoken on her policy of racial reconciliation on behalf of the church. Orissa Arend serves on the Racial Reconciliation Committee. She’s a member of Trinity Church, and is blunt when describing the Episcopal community.

"The Episcopal Church was a church of the elite and has been and we still are. It's like a club, and when the other denominations came in, they appealed much more to the common man — so we remained the bastion and power and privilege."

Married couple Constance and Dane Perry came down to New Orleans from Boston specifically for this service. Constance is African-American, and a descendant of slaves. Dane has a different background.

"I grew up in Charleston, South Carolina," he says. "I used to do things back then that I am not at all proud of, and I’ve had the opportunity to have my eyes open to what the reality is, particularly in sharing my life with Constance. And that’s what this work is about — it’s about truly understanding the past so that we can understand how we’ve gotten so terribly stuck where we are today with regards to race, and move forward through a service like this morning." 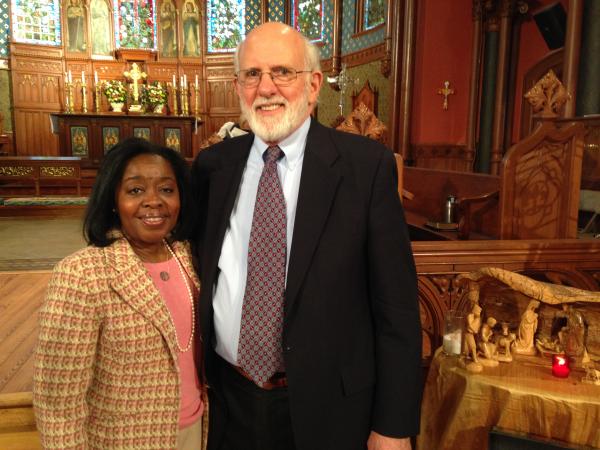 The church was packed for the service, with members of congregations from all over the city. During the service the committee asked the congregation to commit to a new ministry, with  focus towards race and reconciliation. 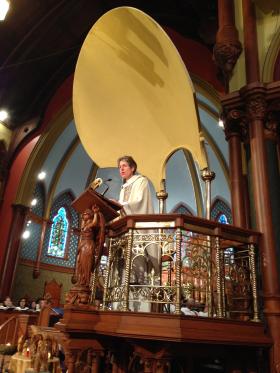 A sermon from the Dr. Schori addressed the history of slavery in Louisiana, and the church’s relationship to it.

"The particular challenge of Episcopalians here and across the church is to acknowledge our complicity in the institution of slavery," Schori said. "That the church here in Louisiana began and continued as a wealthy white proclaimer of a gospel of obedience, and a loyalty to a system of domination."

Music played a large role, with the choir singing roughly a dozen hymns. Tyrone Chambers II is a New Orleanian who now lives in New York. He also serves on the racial reconciliation committee, and flew down just to sing in the choir. He reflected on the service at the following reception. "One can never know the effects it will have, or what people will do with the information and the things they heard here after today, but I was happy to hear the bishop speak honestly and be forthright, because all the time people don’t get the point of gathering for this service."

Some people who, as Tyrone says, 'don’t get the point' have left the church. These ex-church members feel that having these discussions is what creates a problem that otherwise doesn’t exist. But the Episcopal leadership urges that it’s ultimately about getting involved in real issues outside of the church — like educational inequalities, mass incarceration, and slavery today, such as human trafficking.

But what needs to be done inside the church? Orissa Arend is grappling with this question.

"Do we become more welcoming, do we sing more black spiritual hymns? How do we learn to actually share power and decision-making? How do we work in partnership and true equality in the moral issues that are before the city?"

For Constance Perry, it’s not just about forming a more diverse congregation.

A message that it is necessary to acknowledge the past in order to move forward with the Episcopal Church’s goal of being more involved in the community.

The parishioners of Our Lady of Peace in the small plantation town of Vacherie can’t wait to get into their church’s new bathroom building. But for some poorly placed air conditioners, they would have dedicated the building last month.

For decades, the old bathroom building behind the 113-year-old Catholic church stood like a monument to segregation. A few months back, some members of the community started talking about racism in the church and concluded that bathroom needed to come down.

Tim Parrish says his memoir, Fear and What Follows: The Violent Education of a Christian Racist, is not a book he wanted to write. He dreaded reckoning with the racial violence of his adolescence in Baton Rouge in the 1960s and 1970s.

An explosion rattled his kitchen windows when a city pool nearby was blown up after it was integrated. As a teenager, Parrish took part in street fights and race riots at his school – Istrouma High.

Parrish traces the roots of his own bigotry to his family and their Baptist congregation.