Louisiana Eats: And The James Beard Award Goes Too...

The James Beard Awards honor the best of the best in the American culinary world. With this year's awards gala right around the corner, join us this week for a chat with several James Beard Award nominees and winners.

We begin with 2017's Rising Chef of the Year, Zachary Engel. Zach made a name for himself at the renowned Israeli restaurant, Shaya, and since receiving his James Beard Award, he has reunited with Chef Alon Shaya at Pomegranate Hospitality.

Next up, we meet last year's Best Chef of the South. As the chef de cuisine at Herbsaint, Rebecca Wilcomb learned from the best, working closely with Donald Link, and today she's a distinctive leader in the New Orleans culinary community.
We also hear from two other chefs with James Beard accolades from the Donald Link Restaurant Group, Ryan Prewitt of Pêche and Stephen Stryjewski of Cochon. They discuss the banner year that was 2014 in their restaurant family. 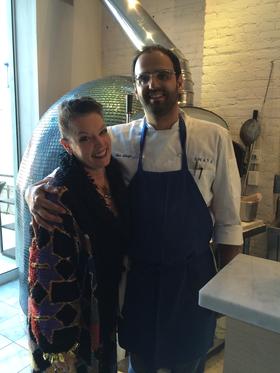 Then, John Currence takes us through the ups and downs of being nominated again and again with the same anticlimactic outcome -- after four nominations, John finally took home the award for Best Chef of the South in 2009.
Finally, JoAnn Clevenger, chef and owner of Upperline Restaurant, discusses victories of all kinds, from winning awards to finding fulfillment in her work. This year, JoAnn clinched her fifth nomination for Outstanding Restaurateur by the James Beard Foundation.
It’s all about the Oscars of the food world on this week’s show. For more of all things Louisiana Eats, be sure to visit us at PoppyTooker.com.
Copyright 2018 WWNO - New Orleans Public Radio. To see more, visit WWNO - New Orleans Public Radio.