On this week's show, we're celebrating the 4th of July holiday by savoring the remarkable diversity that shapes America's food culture.

In her latest book, historical gastronomist Sarah Lohman identifies eight flavors that she believes form the foundation for that elusive term, "American cuisine." Sarah tells us about an edible history that goes beyond hamburgers and apple pie to delve into ingredients as diverse as sriracha and msg.

Then, we speak with Gabrielle Langholtz, author of America: The Cookbook. Gabrielle's tome of a cookbook spins a yarn about American identity through the immigrant stories and recipes that created American food as we know it. 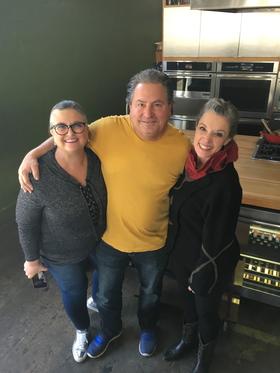 New Orleans natives Linda and George Meyers have taken their love of cooking and travel around the globe. The couple recalls their many adventures opening cooking schools in Italy, Mexico, and Cuba.

And finally, we become "as American as apple pie" with Kate McDermott, also known as "the Piechiatrist." Kate has hosted workshops and written books on the craft of pie-making, including the James Beard Award-nominated title, The Art of the Pie.