Five Years After BP Spill, It's Safe To Eat Gulf Seafood... If You Can Find It 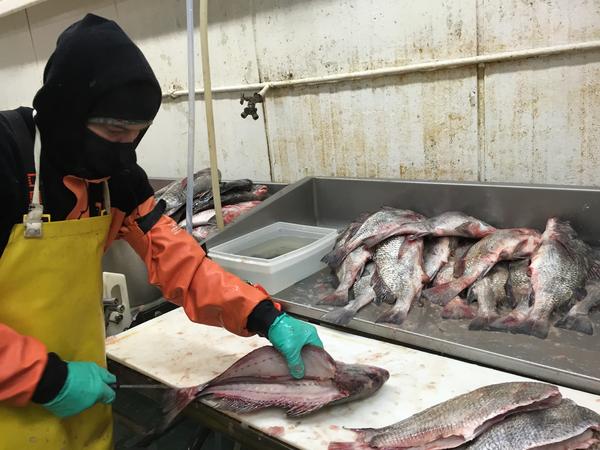 Monday, April 20 marks the fifth anniversary of the 2010 BP oil spill that sent millions of gallons of crude oil into the Gulf of Mexico.

Right after the spill, seafood restaurants were bombarded with concerns about the safety of what was being served, and where it came from. Today, the public has stopped asking questions and is ready to eat, but now there’s a supply issue. While marketing campaigns are spreading a message of safe and bountiful Gulf seafood, others in the industry worry about the future.

Listen
Listening...
/
Five Years After BP Spill, It's Safe To Eat Gulf Seafood... If You Can Find It

It’s a busy lunch hour at Cajun Seafood on Claiborne Avenue. Nola.com food writer Brett Anderson walks up to the counter to plan his order. Scanning the crowded dining room, it’s hard to imagine what Anderson calls an "epidemic of worry" that took hold right after the spill.

“You have to remember, that was literally weeks and months on end when you could turn on the TV at any time of day and see an oil well leaking unabatedly into the Gulf of Mexico,” says Anderson, in between peeling crawfish. “If there was anyone standing up and saying 'oh, there was nothing to worry about here,’ it just didn’t seem like that person should be trusted!” 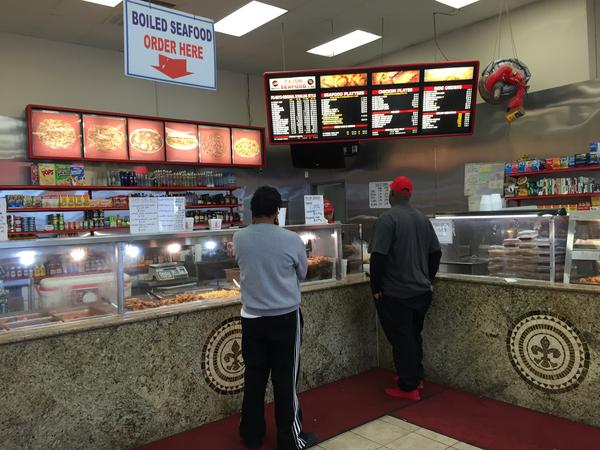 But Anderson never stopped eating Gulf seafood, even when covering the spill. He says that the amped-up monitoring and testing made it the safest time to eat the stuff.

“It was hard for me to believe that the guys at Commander’s Palace were gonna let some oily piece of crap end up in their dining room! Lot of eyes get set on this seafood, so that’s just my perspective as a diner.” 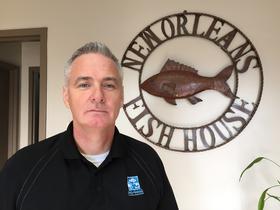 As Director for National Retail Sales at the New Orleans Fish House, Michael Ketchum cares about Anderson’s perspective. Inside the chilly prep room, workers in hair nets and rubber gloves have been up since dawn cleaning and packing fish that heads to the city’s restaurants by noon.

But Ketchum has lost customers over the past five years.

“It was rough," he says. "There’s people that are afraid of it, they say ‘oh, it's full of oil.’ There was a lot of uncertainty, unknowns, unanswered questions.”

By now, most of that doubt has died down. Guys like  Ketchum travel the country convincing grocery stores and restaurants that Gulf seafood is the way to go, and the Louisiana Seafood and Marketing Board pumps out ads to assure people they are eating a safe and bountiful product.

Customer confidence has been restored, but now there’s a new problem: supply.

Over in the French Quarter, the 135-year-old P+J Oyster Company has also lost a lot of local and national customers. The oysters they’re getting don’t meet company standards, so they won’t sell them.

“It’s really disturbing to us because we feel helpless about the whole thing,” says Owner Al Sunseri. “We can’t get the high quality that we used to. We did fine after World War I, after World War II, during the Depression, during all the recessions, all the environmental issues, like hurricanes and natural disasters... until this happened.”

Sunseri won’t even call it a spill. “I’ll never say it’s anything but a disaster. It’s not a spill, because spills are easily cleaned up, and this is the gift that keeps on giving.”

He looks at a map on the wall in his office of all the oyster growing areas in Louisiana. Of the ten or so areas that P+J got their oysters from, less than half have been producing oysters. Sunseri says it’s smaller species that oysters eat, like plankton, that are having trouble surviving since the spill. They don’t have enough food, so they don’t repopulate. His son Blake is next in line to take over, but the family’s not sure whether P+J will survive. 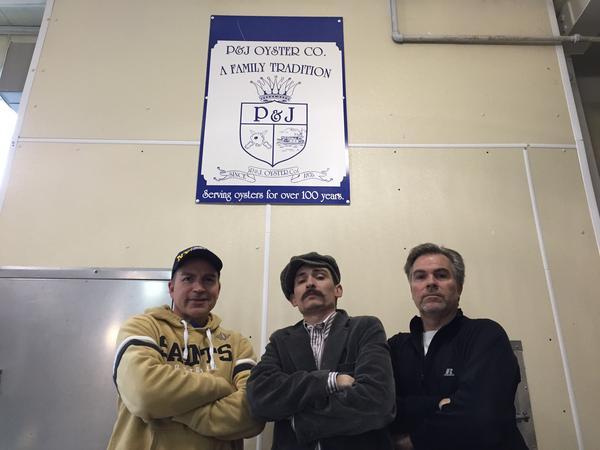 “I got oyster water in my blood now, just like I think my brother and my son do,” Sunseri says, watching Blake signing for a delivery in the next room. “Put yourself in that position: you’re thinking you’re gonna be able to take over this whole company that’s succeeded. And we continued to build assets over the years, and now those assets are dwindling and my brother and myself are having to put money into the company to keep it open.”

Down in Hopedale, Louisiana, commercial fisherman Tony Goutierrez also worries about the next generation. “These younger kids, I’ve been telling them over the years to get an education, don’t look down the line for this.” 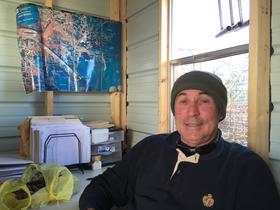 Goutierrez has been catching crabs for 50 years. At first it seemed like crabs were back after the spill. But for the past few years, his traps are coming up empty. He blames the dispersants used to sink the oil to the bottom of the gulf. He says that the chemicals destroyed the beds where crabs lay their eggs. Fewer areas to catch crabs means more competition.

“Everyone’s being shoved between Hopedale Bayou and Point Lahache. It’s putting too many fishermen in one spot.”

There’s the irony — after the spill, people needed to be convinced to eat seafood that was available. Now consumers want it, and it’s hard to find. That’s why Goutierrez is struggling to meet the demands of customers he’s had for decades. Like Jerry Harris, who owns owns Harris Crab House in Baltimore, Maryland.

“We used to use anywhere from 300-350 boxes of crabs a week out of Louisiana” but now they’re lucky to buy a third of that, Harris says. This has caused a kind of identity crisis for him. Harris says he wishes his place was called Harris Fish House, or Harris Seafood House — but not Harris Crab House. 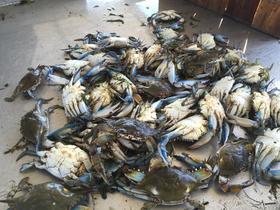 “Then it wouldn’t necessarily say that I got crabs, you know what I mean? When a customer walks into a  restaurant and says ‘Wait, you don’t have any crabs today? You’re Harris Crab House!’ It’s hard to tell these people I don’t have crabs.”  For the first time since opening in 1932, Harris Crab House has added steaks to its menu.

Michael Ketchum of New Orleans Fish House also worries about making a living down the line. “I may be trying to build a career here and it may go away, who knows. I’m banking 2015 sales on product that’s not even born yet, not even harvested... I know what the numbers are historically, but now we’ve done something to the environment.”

This is why food writer Brett Anderson keeps eating Gulf seafood. If anything, Anderson says, he eats it more now than he did before the spill. “It’s endangered, and it matters to the well being of the place I live and love. When I’m out of town and see it on a menu, my eyes light up. I wanna support it.”

Today, you probably won’t ask if the seafood is safe, just where to find it.

What to do with all the billions in Clean Water Act fines to be paid by BP and its contractors for the Deepwater Horizon oil spill?

Officially, it’s up to the Gulf Coast Ecosystem Restoration Council, made up of governors from the five affected states and heads of several federal agencies, to decide.

A coalition of environmental groups has come up with their own ideas for how the first millions can best be spent to restore the coast.

Despite Latest BP Spill Ruling, Deepwater Drilling in the Gulf Still Worth It

BP was to blame — that was U.S. District Judge Carl Barbier’s ruling a week ago in the case over the Macondo well disaster. The judge found Transocean, which was operating the Deepwater Horizon rig in 2010, and cement contractor Haliburton at fault too. But Barbier said BP was guilty of “gross negligence”. And that could mean that payouts by BP balloon to $50 billion or more ultimately.

Dr. Jim Richardson, professor of public administration and economics at LSU explains some of the business implications.