There’s a new push to get tourists in New Orleans off Bourbon Street and into nature. Eco-tourism is the new way to explore Louisiana, according to a new statewide campaign. And as commercial fishermen are seeing numbers drop in catch and profit, they’re considering the tourism industry as a way to make a living.

Listen
Listening...
/
Tony Goutierrez has been a commercial fisherman his entire life, but his paychecks keep dropping. He sees new opportunites in the ecotourism industry, and hopes to make a transition from fisherman to tour guide.

Down in Hopedale, Louisiana, at his dock on Hopedale Highway in St. Bernard Parish, Tony Goutierrez is sorting the crabs he caught that morning. Goutierrez has been a commercial fisherman for a half century — long enough to know his profession no longer makes ends meet. 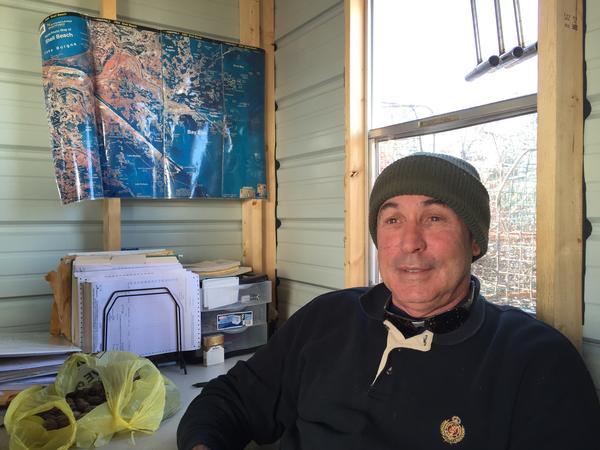 He’d like to keep making a living on the water, but he needs a new idea. Out on his boat, Goutierrez sees a lot of amateur outdoorsmen, hoping to make a big catch. But they’re often setting up shop just a few miles from the sweet fishing spots. Seeing this, it hit him — helping tourists find the fish could make him some money.

“We can bring ‘em to the location and they can be fishing instantly, and bring ‘em back and they can have a nice place for them to clean their fish and do some boiled seafood or something, do something to bring back people here.”

Easy, right? Not exactly. There are lots of charter boat captains. But Goutierrez’s plan is to buy a bunch of kayaks, take groups out on the water, and let them loose for a few hours to fish. That means prettying up the four lots he owns on Hopedale Highway and turning them into camping grounds.

“I’d have to get the ground ready, get all the septic systems in, the electrical hook ups,” Goutierrez anticipates. “You gotta be ready for these weekend warriors. I mean, that’s what it’s gonna be.”

Then there’s getting the word out, brochures, a website, a Facebook page. This is totally different than what Goutierrez has been doing for the past 50 years.

“I have to buy the kayaks, that would be totally new to me because I’ve never been in a kayak!”

While Goutierrez is figuring out how to enter this new economy, the state is spreading the word. The City Council and New Orleans Tourism Marketing Corporation are working together on a new ecotourism campaign to raise awareness of the fishing, bird-watching, hiking, boating and other outdoor tourism activities just outside of the city. They’re using cable television and YouTube to promote the great outdoors of South Louisiana, like with this video:

Dr. Bob Thomas is in this commercial. He’s director of the Center of Environmental Communication at Loyola University in New Orleans. Dr. Thomas founded the Louisiana Nature Center back in 1978, and has a PhD in biology, so getting involved in the ecotourism push was a natural fit.

“People who have not traditionally been in ecotourism are starting to see the potential, like commercial fishermen,” Thomas says. “They’re discovering that people are interested in their culture and will pay a reasonable fee to actually go out on that boat and catch shrimp and be the crew on that boat!”

Twyla Harrington is a marine fisheries agent with Louisiana Sea Grant. She works with the commercial and recreational marine industries in Orleans, St. Bernard and Plaquemines parishes to help the fishing communities stay sustainable. She started this job shortly after the 2010 BP oil spill.

“I was hanging out on the docks and the one thing that was repeated was prices are dropping, I can’t put gas in my boat, I can’t afford to go out every day, they don’t pay me enough when I get back on the dock,” she says.

That’s how Harrington met Goutierrez, out on his dock. He’s one of many fishermen she’s helping to make a transition.

“It’s frightening to jump off into a whole new business, especially when you’re involving strangers,” says Harrington. “There’s a whole world out there of liability insurance and people being on board.” 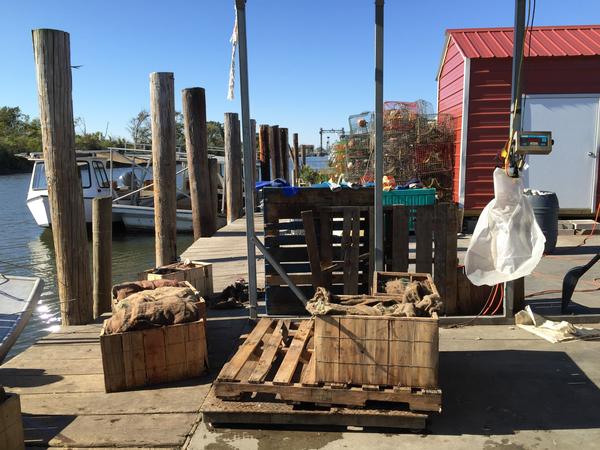 Goutierrez is optimistic about ecotourism. But to be clear, this isn’t his choice.

Ecotourism may not save the fishing industry, but it may let guys like Tony Goutierrez stay down the bayou a little longer.