Outside of the former Jackson Women’s Health Organization, also known as the Pink House, stand two older men with poster boards nearly as tall as them. In bold, Sharpie-written letters, the signs read “Honk for Choice” and “Roe Roe Roe Your Vote.”

Every weekend, they occupy the sidewalk where the Pink House’s sign used to be, reminding people that while abortion and privacy rights have been upended in Mississippi, the fight is long from over.

John Osborne, co-creator of Stay Pink and one of the men holding up the signs, decided to take a stand in support of abortion rights during the summer after the Dobbs decision leaked. The streets around the Pink House descended into chaos soon after, with abortion rights opponents on one side, supporters on the other and media from all over the country in between.

echoing in the streets as they pushed each other into the intersection: "repent" "you are murderers" "don't f-cking touch me" "repent" "ask God for forgiveness" "your God is not real" "you're not going to be able to kill babies after today" "hateful man" "sinners repent, repent" pic.twitter.com/AxCVCMJ4yO

Now, it’s fall, and the historic Fondren neighborhood is quiet, but Osborne is still here.

“It's a women's health issue, and it's none of my business,” Osborne said. “But the choices women make, nobody has to explain to me or justify to me any decision they make to their health care. That's their business."

Stay Pink’s mission is to keep abortion rights at the front of mind, especially as election day comes closer. Osborne hopes people driving by will see them on the street and ask themselves what they can do to restore abortion rights — whether it’s to join them one Saturday outside of the Pink House, or to pay closer attention to elected officials who have voted against improving the conditions many Mississippians live in, such as poverty, rural hospital closures, inadequate health coverage and food inequality.

“The wealthy white people living in Annandale and living in Reunion, when their grandchild needs an abortion, they're going to hop on a plane, fly somewhere and get a nice, safe abortion,” he said. “That poor, Black family in Clarksdale, Mississippi who is struggling to keep the electricity on? They're not going to have that.”

“(They have) projected 5,000 more babies when our system can barely handle the 4,000 now, and the (abortion rights opponents) want to hand them a can of formula and a box of diapers and walk away,” Barnett said. “That is not health care. That is not supporting women and babies. That's nothing. They don't care.”

Barnett said in the last days of Roe, she was a bit unsure of how she could be actionable in the effort to keep abortion legal in the state. But after watching her daughter, Ren Allen, volunteer as a Pink House Defender and escort patients through the chaos, she realized the best place to start was to be present.

Showing up is how she and Osborne connected with Gene Ford, another local supporter. Now, she’s phone banking and networking to make sure people know how to register to vote and, most weekends, they’re all on the street, sharing information with those who may pass by.

Ren Allen says though the Dobbs decision was a surprise, organizers have been warning of abortion access being overturned for decades. Allen was one of the last Pink House Defenders to be trained during the spring before the clinic’s closure.

“I don't even think they realized that that was going to be the case until after the Dobbs decision got leaked a few weeks after I started,” Allen said. “But no one told me that I was going to be the last one. They just assumed that I had figured it out. I had not.”
Even as a child, Allen said she was aware of how the world could be unfair which prompted her to join various clubs and organizations and eventually landed her in law school. As the Pink House sits closed now, she has taken this time to reorient herself in the movement. She’s proud of her mom and the Stay Pink crew for being out there, but she struggles with joining them.

“I want to be out there with them, and I know a lot of the other defenders feel that way, but there's just some sort of a mental block,” she said. “The feelings are complicated. Obviously, there's sadness there. There's grief. It's hard to put a word to it, but it's easy to put a quantity to it. It's just a lot.”

In a movement that has been going on as long as the one for abortion rights, Allen stressed the importance of community care and boundaries. She also said that people who find themselves searching for ways to be actionable should look to organizations that have been on the ground doing the work instead of overpowering those voices or becoming involved with sources online who may not be truthful.

She warns of burning out too early, especially with midterms elections rapidly approaching. Both abortion rights supporters and opponents view the elections as opportunities to add leverage to their side in a continued battle over abortion access.

This story was produced by the Gulf States Newsroom, a collaboration between Mississippi Public Broadcasting, WBHM in Alabama, WWNO and WRKF in Louisiana and NPR. Support for reproductive health coverage comes from the Commonwealth Fund. 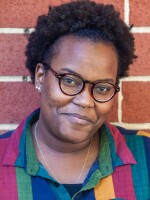